Still Fab After All These Years 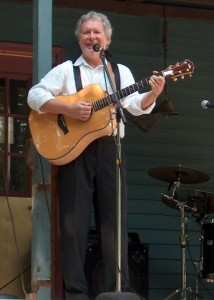 Almost 49 years after their iconic American debut on The Ed Sullivan Show, there is still nothing like the Beatles.  But the next best thing is a tribute to the Fab Four, such as the BeatleFest I played in Spring Green, Wisconsin on Labor Day.  My role in the seven-hour Liverpoolooza was small—I sang five Beatles “mother” related songs—but the crowd of hundreds was appreciative, or at least kind-hearted.  My approach was fairly straightforward, but takes from others ranged from Zydeco versions of Beatle hits played on accordion, to a group of young people who reverently—and exquisitely—recreated most of the side two medley from Abbey Road.  It was encouraging to a Baby Boomer like me to witness such Beatlemania from folks born long after McCartney dissolved Wings.

The host of the event, the Spring Green General Store, has sent out the call for its all-Dylan BobFest scheduled for next Memorial Day.  Let’s see; I could do a set of Byrds covers to Dylan songs that I played in junior high and… argh!  Stop me before I flash back again!

To see my heapin’ helpin’ of the Sixties for yourself, check out: