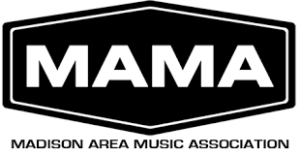 Nominations for the 2015 Madison Area Music Awards—affectionately known as the MAMAS—are out, and yours truly has received nominations for eight songs from my 2014 album Better Late Than Never, in six categories.  I’m going for the gold (or whatever color their awards are) in the folk, country, pop, alternative, world and unique categories, and the whole CD is up for Unique Album of the Year.

So, if you are already a MAMAs member, please log onto www.themamas.org and exercise your right to vote—hopefully for me.  While you’re there, check out the other great area artists, including many of my friends, included in this year’s nominees.  If you not a member, log onto the same site and join for a measly five bucks, which helps fund youth music programs and put instruments into the hands of kids who might not otherwise have them. (heaven knows our state government isn’t doing it)  After you join, you can vote.

Although I was sulking over the shock of the Grammys totally ignoring me (and Kayne West not pointing that out—honestly, does Beyonce’ really need another one of those things?), I’m heartened to have a chance right here at home, where it really matters.  So, as they used to say in my stomping ground of Chicago, vote early, vote often.  Oops—you can only vote once in the MAMAs—so just vote!